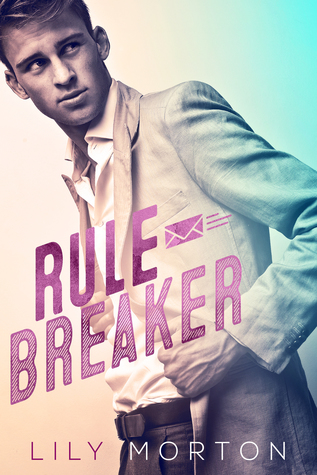 The Summary: Is it really wrong to want to murder your boss?

Not surprisingly he has devoted a lot of time to increasingly inventive ways to murder Gabe. From stabbing him with a cake fork, to garrotting him with his expensive tie, Dylan has thought of everything.

However, a chance encounter opens his eyes to the attraction that has always lain between them, concealed by the layers of antipathy. There are only two problems – Gabe is still a bastard, and he makes wedding planners look like hardened pessimists.

Because Gabe is still the same commitment shy, cold man that he’s always been, or is he? Has Dylan had the same effect on Gabe, and has his solid gold rule of no commitment finally been broken? With his heart taken Dylan desperately needs to know, but will he get hurt trying to find the answers?

Let’s talk about Joel Leslie and the vocal talent he has. I loved listening to his voice. For those curious to know it is a British accent. But what made Joel Leslie’s performance memorable was how he brought Dylan and his sass to life. Oh, that sass and the tones used to portray it was amazing. Then there was Gabe, who had a bit of a rasp that would sing down your spine at all the right moments. I could feel the laughter, the teasing between Dylan and Gabe, I could even hear the heartache that both of these men experienced. I’m definitely going to be looking into other narrations by Joel Leslie, because apparently there are a lot of them and some of my new favorite authors have books narrated by him.

On to the story.

Dylan has worked as Gabe’s assistant for the past two years. He’s dealt with all his annoying eccentricities, learned all the nuances to what makes Gabe happy and he’s been satisfied annoying the piss out of Gabe when the opportunity presents itself. But it only takes one chance moment in a club to transform the way Dylan sees Gabe.

Dylan gets to know the ‘real’ Gabe when he steps in to take care of Gabe while he’s extremely ill. He sets up camp in Gabe’s home to make sure he rests, eats and doesn’t overwork himself while he’s recovering. He gets to see Gabe at his most vulnerable moments and he likes being able to see the warmth inside of Gabe.

I love, love, love, love, love sequences like this in books. I’m a sucker for one fella taking care of a sick partner. There’s a tenderness that you get to see between them, and it was beyond sweet. We were able to see who Gabe is underneath all those designer suits. He’s just like the rest of us.

The chemistry between Gabe and Dylan were off the charts. At first meeting it’s obvious they’re both attracted to each other, but fighting it. Once that attraction is acknowledged it’s off the charts. They’re intense, in all the best ways, together.

Gabe and Dylan grow with each other throughout the book. Even when they face some pretty difficult circumstances, good lord it made my heart ache for the pair of them, they would eventually figure out how to handle the situation. I was glad for the changes that Dylan made in their rough patch and how that carried over to afterwards. It felt like REAL LIFE DECISIONS were being made and the consequences stuck.

This book made me laugh out loud, press a hand to my chest because I was upset, shake my phone because I was angry. I went through all the emotions and I loved every minute of it! I feel like I could go on forever, but I’ll stop. You should go read or listen to this. You’ll thank me for recommending this. I promise.