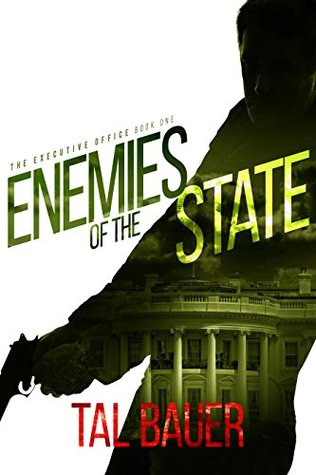 The Summary: Newly elected President Jack Spiers’s presidency is rocked from the very beginning, and he’s working furiously to keep the world from falling apart. Between terrorism attacks ripping apart Europe, Russia’s constant posturing and aggression, and the quagmire of the Middle East, Jack is struggling to keep his campaign promise—to work toward a better, safer world.

For Special Agent Ethan Reichenbach, Jack is just another president, the third in twelve years. With Jack’s election, he’s been promoted, and now he’s running the presidential detail, which puts him side by side with Jack daily. He’s expecting another stuffed suit and an arrogant DC politician, but Jack shocks him with his humor and humanity.

There are rules against a Secret Service agent and one of their protectees developing a friendship—big rules. Besides, Jack is a widower, and Ethan has always avoided falling for straight men. Ethan keeps his distance, but Jack draws him in, like gas to a naked flame, and it’s a lure he isn’t strong enough to turn away from.

As the two men collide, rules are shattered and the world teeters on the verge of war, and a rogue Black Ops unit bent on destruction sets Jack in their deadly crosshairs. Ethan must put everything on the line in order to save the man he’s come to love, Jack’s presidency, and the world.

Ya’ll, I don’t know how I managed to NOT read any of Tal Bauer’s work until now. I devoured this book overnight and promptly bought everything else of Bauer’s that I could find. I have always looked for books like Enemies of the State in the M/M romance genre and I could never find them. Political thrillers.

President Jack Spiers has a lot riding on his presidency. He promised to make a better, safe world for the citizens worldwide. But he’s been fighting terrorist attacks in Europe, Russian trying to be the bigger world power and the trouble in the Middle East. It’s a lot to handle without the support of a First Lady/Gentleman. He leans on his Secret Service Detail and one agent in particular, openly gay Ethan Reichenbach. Through this, Ethan gets to see a side of the president that pushes him to break every rule he has when it comes to who he is protecting.

As time passes and they get to know each other better, it’s hard to stay away. Ethan can’t help but blur the lines of professionalism for a man like Jack Spiers. But as the world edges closer to another war, things go disastrously wrong.

This is a President/Secret Service romance, and the chemistry between Jack and Ethan was so good. It was drawn out in actions that could be seen as playful flirting, but at the same time it could have just been Jack’s personality. Every way that Ethan fell for Jack was a way any of us could have fallen for our partners. The romance between them burned slowly and they discovered each other together.

Some of my favorite scenes were when they were together in the residence or at Camp David late at night. They focused entirely on each other as if that was their only world at the time. I can’t tell you how many times they made me smile or wish that one of them would hurry up and make a move! Then there was one moment that utterly crushed my heart. I got teary eyed while reading it and there was no way I could stop reading at that point. I needed to see everything better.

The political thriller aspect was weaved well throughout. It was easy to keep track of because we got chapters centered on that part of the storyline, and then bits and pieces in Jack’s political career that explained it further. It was just as present as their developing romance and I was all about it. I needed to figure out what the heck was being plotted and how they were going to stop it.

This was such a good read I was telling my friends about it who don’t read M/M romance. (Normally I don’t even say a word about my reads to them because they give me that look – you know the one lol). Go read this book! I’m sure everyone has already read it, perhaps more than once, but I can’t stop myself from telling you to read it.