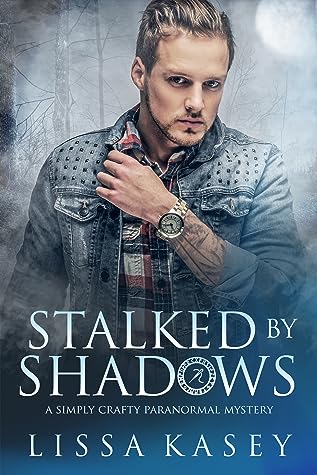 A missing girl, ritual murders, and a shadow stalking every footstep.

Alexis Caine survived an attack in the deserts of Afghanistan. An attack the government denied and discharged him for, leaving him broken and in a mental institution. What Alex saw that day in the desert continues to haunts him.

When a new job working as a bodyguard for a New Orleans ghost tour guide, Micah Richards, opens Alex’s eyes to a world of paranormal possibilities, he’s not sure he can believe his eyes. What if he’s not crazy after all? When a ritual murder in which two fellow tour guides die and a tourist vanishes, Alex wonders if he brought a curse down upon them all.

A shadow from the desert rears its nightmarish head offering Alex something he wants more than anything, but at what cost?

I loved Stalked by Shadows! I’m picky when it comes to any book set in New Orleans, like notoriously picky (I’ll drop my rating dramatically because of it kind of picky), and this felt like Lissa has lived in New Orleans since her childhood.  I was in New Orleans (both literally and while reading the novel).

Alex isn’t doing all that well, returning from Afghanistan and a stint in a mental facility. Who would after all that he saw there? What he saw when his unit was destroyed, couldn’t have been real. It didn’t make sense. His twin brother, Lukas, took him in and found people that understood his trauma, didn’t judge him for his PTSD, and brought him back to life.

Micah was probably my absolute favorite part of this book. He felt like New Orleans, even if he wasn’t born there. He knew the history, understood that there was more to the world than most people are willing to acknowledge, and was entirely himself. There was an aspect of his character, I was expecting more development of, because it was such a big deal in the beginning, but honestly? It didn’t bother me.

The chemistry between Micah and Alex was intense. They saw past each other’s walls and supported each other. They flirted, teased each other, and found a partner in each other. When they were intimate with each other, it was like my breath caught in my chest. They connected, understood and trusted each other.

Now, there is the paranormal element, Hoodoo, Voodoo, the violence and the disappearances. Like I’m ready for more of the series because I need answers. There were times I felt Alex’s panic, the fear rising in his throat, and his desperation to make it through the situation. The detail was vivid and helped put me in his memories, in the in between (that’s what I’m going to call it) and around New Orleans.

I thoroughly enjoyed this and you should do yourself a favor and grab a copy now.