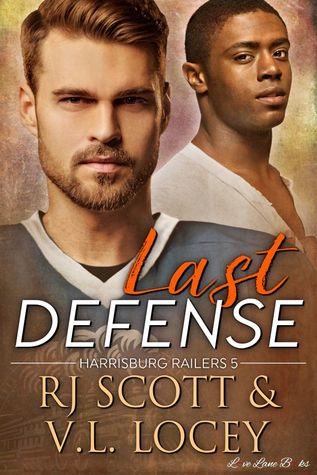 Summary: Every time Max Van Hellren steps on the ice he knows it could be his last time. At thirty-two he’s past his prime but he’s also hiding a life-threatening injury that private doctors warn could kill him. This is his last season, and there’s a chance he could lift the Stanley Cup after fourteen years in the NHL. He just needs to stay safe and healthy; difficult when he’s known for his heavy hitting and with a propensity for dropping the gloves and putting his body in the way of pucks to keep his team safe. A one-night stand with a sexy man was just what he needed, dangerous and hot, but what if it turned into more? Would he have to share the secrets he so desperately tries to hide?

Ben Worthington had it all. A fulfilling job running the CrossRoads Shelter, his loving aunts, and a husband that understood his devotion to animals. Then, the love of his life left him, succumbing so quickly to an unexpected sickness that Ben never had time to say goodbye. The violent loss scarred him. Unable to move past his fears, he moves from lonely encounter to lonely encounter, slaking a desperate need that is eating away at him, but never making a connection that could lead him back into love. One night with Max makes him want more, but will giving into the temptation open the door to feelings he can’t contain?

Can these two broken man ever find a way to be together?

The Last Defense is book five in the Harrisburg Railers series and it does not let down at all! I feel like with every book, this series gets better and better.

Max Van Hellren is thirty-two and has experienced a devastating illness that always has him wondering, when it’ll rear its ugly head once more. Bring a professional hockey player adds more risk to possibly having another dangerous episode (I call it episode because I feel like I’ll be giving everything away telling you just what’s going on with Max).

Ben, who lost his husband unexpectedly, runs their shelter, sees his crazy aunts (I love the civil rights, crusading pair of ladies who don’t let their age get them down), goes to church and repeats it all over again the next week.

They meet by chance when Ben stops by the Railers rink in hopes of scheduling another adoption event with the team. Their attraction is instant and they both only want one thing. Sex.

I’m going to tell you now, Scott and Locey do not let down with the heat of the sex between the two men. It’s a delicious blend of chemistry, attraction, and physicality between the two men. It’s not all quick, getting-off and leaving. As their relationship progresses, they way they treat each other and how they show their feels is evident. It’s not just sex. It’s more.

Max really resonated with me throughout the book. He didn’t want to form attachments because of the possibility of what could happen.  Then Ben was afraid of losing another person he let himself love the way he lost his husband, Liam. All it took was meeting each other to throw a wrench in their plans.  Ben woke Max up to all the possibilities of living life for it’s entirety. Max showed Ben that you don’t stop living because of loss. That seems like a very young thing to say, but I’ve experienced loss like that on a similar level. I loved that Max didn’t make Ben take pictures down, or get angry with DK being in Ben’s life. He was a true partner to Ben and would do anything to take care of him. And he did.

Now the hockey scenes in this book were amazing! It’s a Stanley Cup run, of course it’s going to be intense but there were times I was on the edge of my seat. I needed to know what was going to happen in the games. And the characters you met at the game and Trent’s Grandma. I was cackling at her reactions. When I’m watching a game with my bestie while the Canes are playing the Pens, I think I’m probably just as bad as her. And the two husbands who watch hockey together? *sigh* I loved it. And they perfectly captured their reaction to a fan of the opposing team. Hockey fans are probably some of the greatest fans because you aren’t afraid to walk to your car in the parking garage if your team wins. You come out with a friend you can chirp during games. Seriously. True story.

Max and Ben’s story sat in my heart. And they pushed my emotions around in the best ways possible.

This is one that I can’t wait to buy the print book to add to my collection!