Zach Glasser has put up with a lot for the sport he loves. Endless days on the road, playing half-decent baseball in front of half-full stadiums and endless nights alone, pretending this is the life he’s always wanted.

The thing is, it could have been everything he ever wanted—if only he’d had the guts to tell his family, tell the club, that he was in love with his teammate Eugenio Morales. Well, ex-teammate now. When Zach wouldn’t—couldn’t—come out, Eugenio made the devastating choice to move on, demanding a trade away from Oakland. Away from Zach.

Three years and countless regrets later, Zach still can’t get Eugenio out of his head. Or his heart. And when they both get selected to play in the league’s All-Star Classic, those feelings and that chemistry come roaring back.

Zach wants a second chance. Eugenio wants a relationship he doesn’t have to hide. Maybe it’s finally time they both get what they want.

Zach Glasser lost the best thing in life when he left fear dictate staying in the closet. Fear of losing the sport he loves, the friends and family he’s never told, any chance of happiness with a man who had come to mean far more to him than a team mate.

Three years comes and goes but fate has more in store for Zach and Eugenio. They both get selected to play in the All-Star Classic. It doesn’t matter that it’s been years. The chemistry between them is still off the charts.

So y’all know I love a good sport romance novel. They are my JAM. Add in a second-chance romance, friends-to-lovers trope? I’m about it. There’s so much diversity in this novel, like you would see on a true professional baseball team. Also, Zach has a hearing disability which wasn’t treated as a brief mention. It was present throughout the novel.

I read this when I was supposed to be napping … FYI no naps were had. I couldn’t stop myself from reading.

The way this story was told, in chunks of past and present, really worked. At first it was a little off putting because I expected the traditional one chapter past, one chapter present format. This wasn’t like that. Any time there was a shift, it was easily recognizable.

Now the romance … it was gooood. The way they flirted with each other in the early stages. While they were training, and when they were together during their off hours. Followed by some steamy kisses. Yes please! I’d give this a 🌶🌶 .5 out of 5 on the spicy scale

Zach’s character, he had my heart. Sure, he fell in love with Eugenio (who had me all 😍 too), but he discovered himself. I liked seeing him understand what he valued in life and the steps he was would take to get there.

A chance at making the playoffs? It’s a dream for NHL forward Taylor Cunningham that just might come true. If he can keep his eyes on the ball—ahem, puck. And study for midterms. Dakota Cotton, eleven years his senior, isn’t just a distraction, though—he’s everything Tay’s ever wanted.

Dakota has no interest in introducing someone who might not stick around to his four-year-old son. Been there, done that, with the divorce to prove it. But there’s something about Tay that hits all of the right buttons and has him wanting to take a chance.

As things heat up between them, and the pressure to succeed hits an all-time high, will they risk a shot at happiness or choke?

Taylor Cunningham, professional hockey player, has been crushing on Dakota Cotton, who works for the team’s nonprofit, since he laid eyes on the man. Dakota may be eleven years older than Tay, but there’s something about the older man that pushes every button for him. Even his four year old son, Andy.

I related to Taylor so much. Not because I’m a hockey player, but because he takes so much on his shoulders. He’s playing professional hockey while pursuing a degree for paramedicine. Then he works on his comic and helps plan a big party for his mom while dealing with the strained relationship he has with his older sisters.

He’s doesn’t share his art with those closest to him because he felt like it wasn’t ever going to be good enough. When he starts gaining his confidence, oh that was such a sweet feeling. It’s something that I struggled with. I’m glad it wasn’t just me (even if Taylor is a fictional character) other people experience the same feelings.

Dakota, oh goodness, he and Andy were my heart. Taylor integrated into their little family unit seamlessly and he treated Dakota’s son Andy the way any parent would want their child to be treated by someone they were dating. And, Dakota, oh boy, he’s quite an attractive fella. He’s smart, creative, and sexy.  I’ll never think about scotch in the same way after reading this.

Dakota and Taylor, the chemistry and tension between them *fans self* whoo boy. I so wish we would have gotten to see what could have happened in the coat room. And the scotch! Like hell to the yes. All the yeses! I’m going to have to file that away for later *cackles*.

Would I recommend reading this book? 100%, read it. It would be helpful reading the rest of the Stick Side series because other characters pop up in this.

To be released September 8th 2020 – Get your copy here 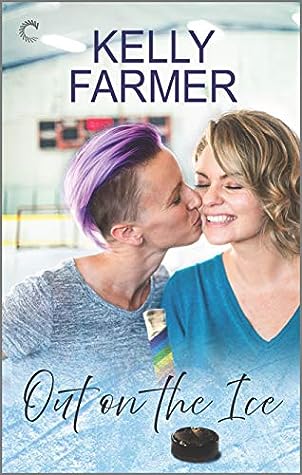 Caro Cassidy used to be a legend.

During her career, Caro was one of the best defense players in women’s hockey. These days, she keeps to herself. Her all-girls hockey camp is her life, and she hopes it’ll be her legacy. Sure, her new summer hire is charming and magnetic, but Caro keeps her work and personal life strictly separate.

Amy’s as bright and cheerful as her lavender hair, and she uses her high-profile position in women’s hockey to advocate for the things she believes in. Ten weeks in Chicago coaching a girls’ training camp is the perfect opportunity to mentor the next generation before she goes back to Boston.

Letting love in means putting yourself out there.

When the reticent head coach offers to help Amy get in shape for next season, her starstruck crush on Caro quickly blossoms into real chemistry. As summer comes to an end, neither of them can quite let go of this fling—but Amy can’t afford a distraction, and Caro can’t risk her relationship becoming public and jeopardizing the one thing that’s really hers.

Caro Cassidy runs a hockey school for girls. She keeps her personal life close to the vest and doesn’t advertise her sexuality. She adheres to a strict professional policy. In comes Amy Schwarzbach, lives her life out loud and doesn’t let anyone tell her how she should live her life. She does her best to encourage girls to be true to themselves while playing hockey in a safe space provided by Girls and Goals.

What I liked about Out on the Ice was the fact Caro and Amy were polar opposites, but they still fit together. Caro had gotten stuck in a repetitive cycle, but Amy makes her consider what how she could change for the better.

A lot of the romance was off screen, so if you’re looking for that you aren’t going to find that here. It was very sweet.

I was left wanting, but this was a good debut for Kelly Farmer . 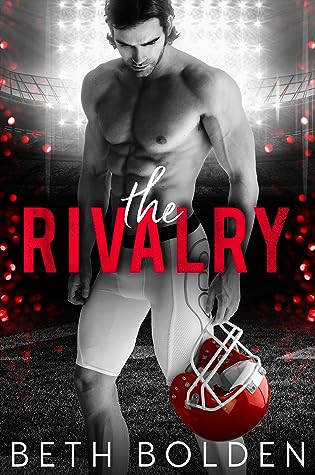 The first time NFL quarterback Heath Harris meets Sam Crawford, it’s just them, a luxury yacht and a few days of fun in the sun. Sam turns out to be nothing like Heath expects. He’s kind and funny and irreverent—and also unbelievably, shockingly sexy. For three short, glorious, life-changing days, there are no rules.

The second time they meet, Sam has just been traded to Heath’s team, and instead of lovers, now they’re rivals. Heath has spent the last five years working desperately to be the best quarterback the Riptide could ever need, but when injuries threaten to derail his career, Sam is right there, standing on the sideline. Ready to take over, and ready to ruin everything Heath has given his life for.

As their orbits collide, sparks fly, and Heath struggles to find the right label and the right box to shove Sam into, hoping to keep him contained. But Sam—and Heath’s feelings—refuse to cooperate.

Sam might not be just one of those things, he might be all of them, and so much more.

Miami was supposed to be a vacation to fish, relax, and hang out with one of his best friends. Except, an early baby arrival, left Heath going on vacation by himself. He did not expect to be on the same boat as Sam Crawford, a younger quarterback and a rival on top of that. The attraction between the two is hard to deny.

Heath, bless it, he’s inexperienced and awkward. He does all he can to cover his inexperience up, which causes a bit of a misunderstanding of what they want from each other in the long run. I loved that Heath wasn’t a confident athlete. He was 100% real. He’s so focused on his career and being the football player he thinks he should be and he forgets to live life on his terms. I felt that in my bones. I related to him so much. It’s hard to pursue a relationship when you don’t have the experience people think you should have.

Sam complimented Heath so well. He’s younger, a little brash at times, but he lives life according to his terms.  He pushed Heath out of his comfort zone, helped Heath learn more about himself while at the same time taking care of his own wants and needs.

At first, they were at each other’s throats and fighting for the starting quarterback position. Eventually, they start to learn from each other. They learn what makes each other tick and how to push each other.

Now to the steam factor … Oh boy, there were some scenes. The tension was expertly drawn out and I needed them to give in to each other. There were intense, burning moments but there were moments that you could tell home much they cared for each other. I melted, just a little bit. They weren’t perfect, but they were just what each other needed.

This is my absolute favorite novel by Beth Bolden.