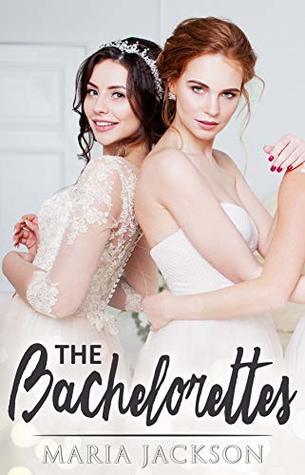 Stuck in a cabin alone for three months, Claudia and Miriam compete to win a cash prize. The reality show only has one rule: they can’t fall in love. Claudia can barely stand the arrogant supermodel, and Miriam only wants to seduce the annoying bookworm. Will these bachelorettes hate each other by the end of the filming? Or will they end up breaking all the rules?

Claudia and Miriam are both in a competition for the money but along they way they find more than they ever expected. This was a quick, easy, and light read. I think I was expecting more than what was written. The competition or challenges that they faced, weren’t all that challenging. They were tasked with games that you could see at kid parties or outdoor company picnics. It didn’t force them into close proximity like you would have thought if the challenge was not to fall in love.

I will admit that I did have a difficult time connecting with both Claudia and Miriam. Claudia felt too perfect and Miriam was too flawed. The chemistry that I hoped they would have, I didn’t feel it until the very end.

The title and cover was misleading. It’s very pretty and eye catching, but not what the book is about.

If this would have been longer and there would have been a bit more character development I probably would have enjoyed this a lot more. That being said, I did like this book. I just wanted and expected more. It may be your cup of tea though, give it a try if you want.