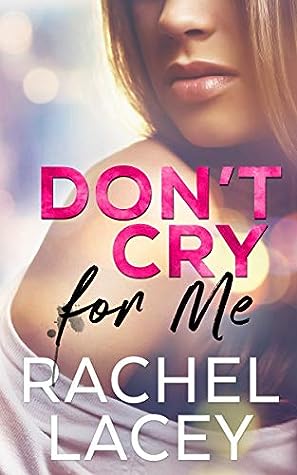 Eve Marlow has her eyes on the prize: a third season of her popular business makeover show, Do Over. But when her ratings take an unexpected dive, Eve needs a blockbuster new client, or she can kiss season three goodbye. She has her work cut out for her, and that’s before she discovers a litter of newborn kittens in a trash can. Now she’s desperate to find someone to take them so she can concentrate on reviving her career.

Josie Swanson had to put her kitten rescue on the back burner when she inherited her father’s bar two years ago. Since then, she’s invested all her time and energy into keeping it afloat, but despite her best efforts, Swanson’s is going under. When she gets a phone call from Eve Marlow, host of the television show Josie applied to earlier that year, the woman she’s convinced can save her bar, Josie hopes her luck has finally turned.

Eve knows what she needs to succeed, and it isn’t Josie–or her bar. There’s no denying the chemistry sizzling between them, though. Josie’s personality is as vibrant as her turquoise-tipped hair. She stirs things in Eve that haven’t been stirred in a long time, but there’s a reason she keeps her heart under lock and key. Eve stands to lose a lot more than her TV show if she lets her guard down, no matter how tempted she is to see if Josie’s love would be worth the risk.

Eve is doing her best to ensure her business makeover show makes it past season two. Josie is struggling to keep her father’s bar afloat and she put her career hopes, rescuing cats, on hold. A horrible instance of Eve finding abandoned newborn kittens draws these two women together. Eve reaches out in desperation hoping Josie would take the kittens off her hands. Josie teaches her the basics. Eve ends up working with Josie to rebrand the bar and ensure its success. The more time they spend with each other, the deeper their connection grows.

What I really enjoyed about Don’t Cry for Me was how genuine both Eve and Josie appeared to be. They were themselves from the moment we met them on page. Eve is still grieving a loss, but Josie is the first person that she connects with. Eve fights the attraction in the beginning. She has a sense of professionalism that she holds herself to. But it’s hard to resist the whirlwind of Josie.

I’ve always wanted to read a romance where the reality show hosts falls for a ‘contestant’ on their show. There were flirty moments and stolen kisses between the two women and it was just so good. I wish we would have gotten steamier scenes between them. Their chemistry was intense, and I wanted to see more.

The writing was fluid, I could picture Eve, Josie, and the bar perfectly in my mind as I read. Josie’s friends were exactly like a couple of my friends and I loved seeing secondary characters like Adam and Kaia. I had fun reading their story and I was able to read it quickly. It was an escape from everything happening around me with work and class. I’m definitely going to give Lacey’s other works a read!