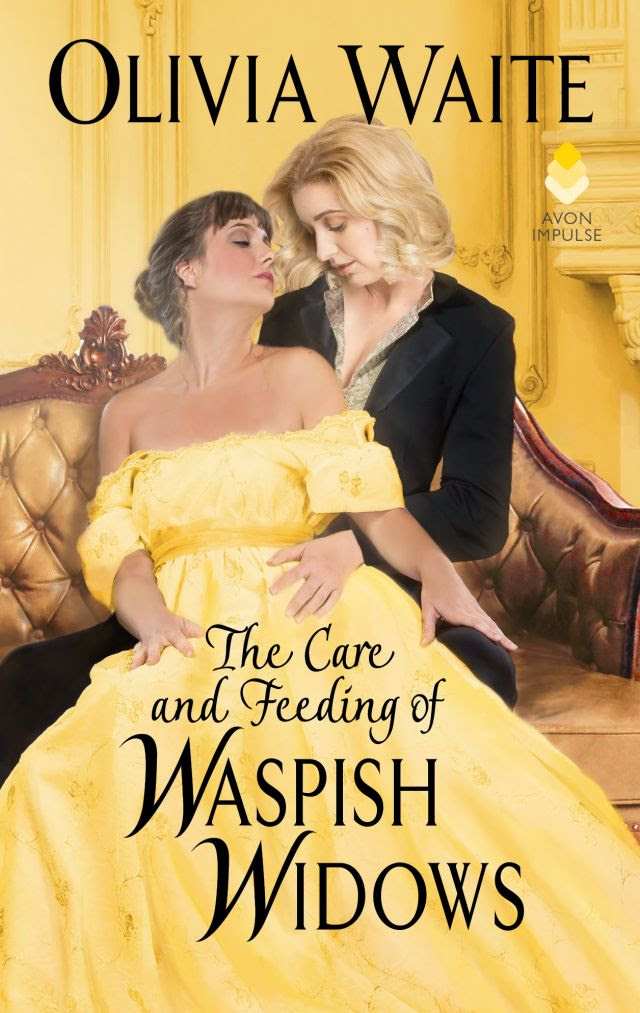 When Agatha Griffin finds a colony of bees in her warehouse, it’s the not-so-perfect ending to a not-so-perfect week. Busy trying to keep her printing business afloat amidst rising taxes and the suppression of radical printers like her son, the last thing the widow wants is to be the victim of a thousand bees. But when a beautiful beekeeper arrives to take care of the pests, Agatha may be in danger of being stung by something far more dangerous…

Penelope Flood exists between two worlds in her small seaside town, the society of rich landowners and the tradesfolk. Soon, tensions boil over when the formerly exiled Queen arrives on England’s shores—and when Penelope’s long-absent husband returns to Melliton, she once again finds herself torn, between her burgeoning love for Agatha and her loyalty to the man who once gave her refuge.

As Penelope finally discovers her true place, Agatha must learn to accept the changing world in front of her. But will these longing hearts settle for a safe but stale existence or will they learn to fight for the future they most desire?

I wasn’t expecting to like this book as much as I did. I expected it to be overly floral and reminiscent of the boddice rippers that you may have found your mother hiding away from prying eyes. Despite the cover, this was an elegant historical romance that made me want to go back and find the first novel in the series.

Agatha Griffin never expected to find a colony of bees in her warehouse, but the woman who would come to her rescue was just as surprising of a discovery. Penelope Flood, bee-keeper extraordinaire spends most of her time taking care of the beehives around town. She floats between the wealthy and the tradesmen.

Through beekeeping, Agatha and Penelope form a bond. Penelope’s letters originally intended to keep Agatha updated on her relocated bees, shifted into companionship. I love when authors include letters between characters. You get a clear picture of their voice, their sarcasm and sense of humor. It feels intimate and genuine.

I melted once they finally gave in to their feelings. I’ll say this, I was not expecting the romance scenes to be written how they were. They weren’t cheesy or unbelievable. These women together were passionate, insatiable, and exciting.

While they were finding themselves as a couple, they found themselves as individual women. Agatha had to be strong, business-minded, and needed to take care of everything around her, found her match with Penelope. Penelope, who had grown used to loneliness found a true companionship with Agatha.

This was a great read, despite the cover, and I hope to read more from Olivia Waite.