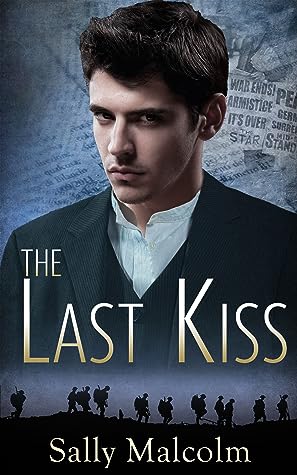 When Captain Ashleigh Arthur Dalton went to war in 1914, he never expected to fall in love. Yet over three long years at the front, his dashing batman, Private West, became his reason for fighting—and his reason for living.

But Ash’s war ends in catastrophe. Gravely wounded, he’s evacuated home to his family’s country house in Highcliffe. Bereft of West, angry and alone, Ash struggles to re-join the genteel world he no longer understands.

For Harry West, an ostler from London’s East End, it was love at first sight when he met kind and complex Captain Dalton. Harry doubts their friendship can survive in the class-bound world back home, but he knows he’ll never forget his captain.

When the guns finally fall silent, Harry finds himself adrift in London. Unemployed and desperate, he swallows his pride and travels to Highcliffe in search of work and the man he loves. Under the nose of Ash’s overbearing father, the men’s intense wartime friendship deepens into a passionate, forbidden love affair.

But breaching the barriers of class and sexuality is dangerous and enemies lurk in Highcliffe’s rose-scented shadows.

After giving their all for their country, Harry and Ash face a terrible choice—defy family, society and the law to love as their hearts demand, or say goodbye forever…

As a military history buff (I got my Bachelor’s degree in history with a concentration on American history) this is the type of book I have been itching to find. It didn’t romanticize World War I. It showed the horrifying moments that men had to face. We were witness to the emotions, the acts the forced themselves to commit in the name of their country, and the consequences that war has on those brave souls.

War forges bonds between those involved. They find their moments of peace, share the bits of joy when they can, and do what they are ordered. It is no different for Captain Ashleigh Dalton, no matter how he has come to think of the men in his company. He blows his whistle and they rush forward greeting death.

During one of those rushes, Ash suffers a devastating injury and by the will of Private Harry West, he is carried to safety. A desperate kiss being the only communication between the two of them. Ashleigh survives, losing his leg, and being sent back home to recover. West continues fighting hoping Ash had survived.

The war ends and Harry West drifts aimlessly in London as he searches for work. He swallows his pride and goes to the man who kept him going during the war. Captain Ashleigh. The connection they formed hadn’t dampened. Seeing each other, all their feelings resurface and intensify. They’re who they chose to be when they are alone with each other.

There was this burning chemistry between Ash and West from the first pages. They understood each other’s needs and how to calm war raging inside. It was as simple as a cup of tea, a few pages from a book, and sitting shoulder to shoulder. West was the only rays of happiness Ashleigh had after the war. Their friendship wasn’t accepted by Ashleigh’s parents or anyone in his social circle. But they found time and a way to be there for each other.

Once they admitted their feelings and acted on them? It was beautiful.

There were moments my heart hurt for them, and times I didn’t want to take my eyes from the pages because I could feel their happiness. I feel like I could go on and on about what I liked about this book, but I would spoil it for ya’ll. I want a physical copy of this book for my bookshelf.

2 thoughts on “The Last Kiss by Sally Malcolm”