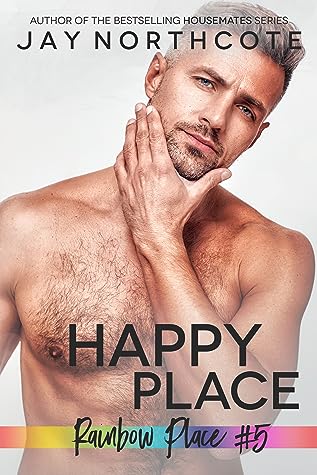 George’s strict upbringing has left him ashamed of his sexuality. In his forties now, he’s yet to come out or even kiss a man – until he meets Quentin.

Quentin has had enough of bad relationships with men who won’t commit. Still raw from the last one, he’s not ready to try again. But George is sweet, and helping the older man get some experience might be a fun diversion.

Swept rapidly into a deeper connection than they bargained for, they face a dilemma. George isn’t ready to come out, and Quentin wants a boyfriend who isn’t afraid to be seen with him in public. Can they find a way to navigate the unpredictable waters of their new relationship and find happiness together.

This is the first book I’ve read of the Rainbow Place series and I’m sitting here wondering why I waited this long to grab one of these books? George, I wanted to give him a hug and tell him to trust that it was going to be okay if he was true to himself.

George is firmly planted in the closet, coming to terms with his sexuality and is used to denying himself basic companionship. Quentin tears into his life in the form of an interview for a local paper. It’s hard to resist an older man with no strings attached.

George, I felt for him. He’s denied himself for so long, he doesn’t know how to handle himself. He wants to experience actual human touch and interaction, but he’s terrified. I one hundred percent understand that  fear. There were so many expectations on him, at one time being married to a woman, having a child with her. He was an older man, with no experience.

The two together, you don’t think they would work out well. But they do. Eventually. There are hiccups in their arrangement. George is terrified and Quentin wanting more than what he is getting from their arrangement. Their interactions sizzled. Like there were some intense moments between the two men. George was willing to try any and everything, but wasn’t afraid to say he didn’t like something. One thing that didn’t work for me was the dirty talk, that’s a personal preference though. I’m not a fan of it.

My favorite scene was the date on George’s boat. They were both so free, happy, and excited about life. It was only fitting that it served as a turning point in their relationship. It is a scene that still floats around my mind when I think of this book.

After reading this, I did go out and get the rest of the series. Northcote writes in a way that it’s easy to get lost in the characters.