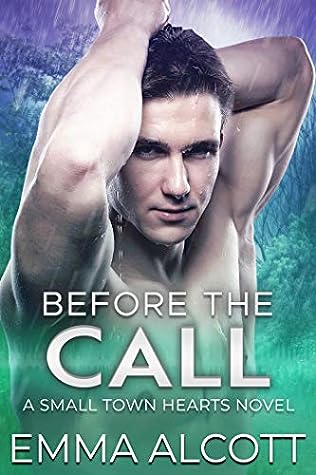 Gabe Mitchell isn’t listening. What’s worse, ever since he moved back to the small town he thought he’d left for good, he’s turned into a habitual rule breaker.

It’s a good thing Clark’s missed him these last four years, and a better thing that he’s willing to do whatever it takes to have Gabe back in his life, because rules are about to be broken. All of them. And Clark’s only rule? The one about being straight? It might just end up broken, too.

I’m an absolute sucker for the friends to lovers trope, but add gay for you to it? That’s my jam. There was something about this story that made my day a little bit brighter and made me want to go back and read the first book in the series.

Gabe and Clark *sigh* have been friends since high school. Gabe is a kind, nerdy and moved back to town because he couldn’t find a job anywhere else. Clark has never left. He worked in the mines, takes care of his brothers and sisters while his mother works and never finished high school. Reuniting ignites an attraction between the two of them.

The heat factor in this one is up there. Once Gabe and Clark get it together, they can’t keep their hands off each other. Clark is willing to learn and try whatever Gabe throws his way. I have a thing for couch scenes, and it was done well in this book.

Family was a central force in this book. Gabe accepted how much Clark’s family relied on him, but he also worked around it and he helped when he could. He treated Clark’s family as his own, because that’s how it was while they were in high school.

They were such a cute couple. This was a low angst, longer read, but I thoroughly enjoyed this book!