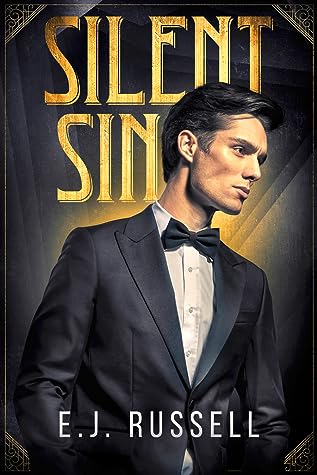 When tailor Marvin Gottschalk abandoned New York City for the brash boomtown of silent-film-era Hollywood, he never imagined he’d end up on screen as Martin Brentwood, one of the fledgling film industry’s most popular actors. Five years later a cynical Martin despairs of finding anything genuine in a town where truth is defined by studio politics and publicity. Then he meets Robbie Goodman.

Robbie fled Idaho after a run-in with the law. A chance encounter leads him to the film studio where he lands a job as a chauffeur. But one look at Martin and he’s convinced he’s likely to run afoul of those same laws—laws that brand his desires indecent, deviant… sinful.

Martin and Robbie embark on a cautious relationship, cocooned in Hollywood’s clandestine gay fraternity, careful to hide from the studio boss, a rival actor, and reporters on the lookout for a juicy story. But when tragedy and scandal rock the town, igniting a morality-based witch hunt fueled by a remorseless press, the studio brass will sacrifice even the greatest careers to defend their endangered empire. Robbie and Martin stand no chance against the firestorm—unless they stand together.

Robbie Goodman didn’t intend to land in Hollywood amidst the glamor of silent film stars. It was a stop on his way to Mexico. He didn’t intend to stay. As he learned more about who he is as an individual, he found more reasons to stay in Hollywood despite the trouble that came with living amongst the rich and famous.

1920s Hollywood, I loved it! The terminology used to fit this time period and enhanced the characters. Robbie, naïve and tender-hearted Robbie, gets hired as a driver for silent-film star Martin Brentwood. He gets his first taste of how Hollywood works while watching Martin work. He’s open to all the possibilities and the new experiences he can experience.

Martin is a bit jaded. He’s been through some stuff and living ‘the life’ he does, doesn’t make it easy for him to form meaningful connections. Robbie is his first taste of freedom. He truly cherishes Robbie. It melted my heart with the care he took with Robbie.

Their romance is sweet, playful and the more romantic scenes take place off-screen. So if you’re looking for that, it isn’t what you’re going to get in this book. I was more than okay having those fade to black scenes, especially with the youth of Robbie and the nature that they had to hide the lifestyle they lived.

I enjoyed this one thoroughly and at times I didn’t want to put it down.