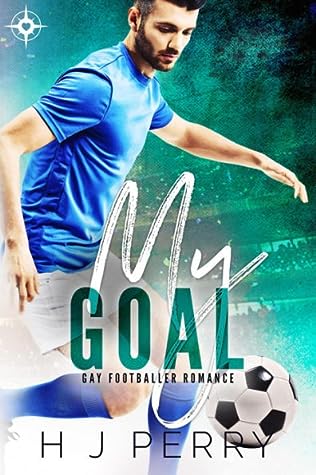 He’s cocky, he’s arrogant, he’s entitled to his big ego. He an International footballer and a multimillionaire. Carlos Garcia’s a huge success on and off the pitch, and he’s got it all. Joining a new football club, he wants his teammates to like him, especially the one man who sets his pulse racing.

As the quietest guy on the football team, Harry Carter avoids attention. He’s so scared of people finding out he’s gay that he’s made sure there are just clothes in his closet. He has nothing to hide, there’s no history, no past, no secret boyfriend, not even a one-night stand. Ever.

Things are changing. Outside of work, Harry’s best friends are a discreet gay couple, but how is Harry going to keep all the secrets when the new guy on the football team keeps hanging around?
Why exactly does Carlos sit next to Harry at every opportunity?
A standalone story with a happy ever after ending and no cliffhanger.

Piers Ryman is probably one of my favorite audiobook narrators. There’s something about his voice that just gets in my bones, puts my in my zen place, and then enchants me as he weaves through the story. He utilized various accents, different regions for each of the characters, even the secondary characters, which brought them to to life.

On to the story part of the review!

I’m a sucker for the friends to lovers trope, stick that together with a sports romance? I am all about it. I don’t know much about football (soccer), but I didn’t have to. I understood what was being written about and didn’t get lost. Which is a huge plus!

Carlos Garcia, well, he’s a man who knows what he wants and he’s going to do what he can to get that. Harry, is in the closet and not all the confident in himself, doesn’t quite understand why Carlos is spending so much time with him. It takes one move by Carlos to open up all the possibilities for the potential between Carlos and Harry to be recognized.

What I absolutely loved about this, was the inclusion of religion and how Harry balances his religious beliefs with a lifestyle he had been taught was wrong. Both Harry’s mother and Carlos’s family were involved and their reactions were shown. There was something powerful in the way they were portrayed.

Harry was a character I don’t get to see often. One who isn’t sexually experienced, but wants to learn and try new things with the right partner. And Carlos was patient, kind, and caring with Harry. They were so sweet to each other. It left me feeling warm and hopeful.

One thought on “My Goal – Narrated by Piers Ryman, Written by: H.J. Perry”