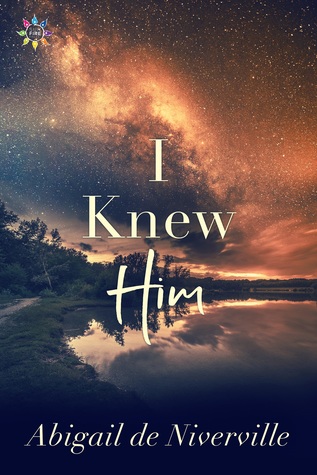 The Summary: In his senior year of high school, Julian has one goal: be invisible. All he wants is to study hard, play basketball, and pretend he’s straight for one more year. Then, he can run away to university and finally tell the world he’s bisexual. And by “the world,” he means everyone but his mom and best friend. That’s two conversations he never wants to have.

When he’s talked into auditioning for the school’s production of Hamlet, Julian fears that veering off course will lead to assumptions he’s not ready to face. Despite that, he can’t help but feel a connection to this play. His absent father haunts him like a ghost, his ex is being difficult, and he’s overthinking everything. It’s driving him crazy.

The decision to audition leads Julian on an entirely different path. He’s cast as Hamlet, and the boy playing Horatio is unlike anyone Julian has met before. Mysterious and flirtatious, Sky draws Julian in, even though he fears his feelings at the same time. As the two grow closer, Julian begins to let out the secrets he’s never told—the ones that have paralyzed him for years. But what will he do if Sky feels the same way?

Julian has a plan during his final year I high school. He’s going to pass his classes, play basketball, and not tell anyone that he’s bisexual. The best laid plans never work. He is talked into auditioning for Hamlet and it brings him down a path he didn’t expect. He lands the part of Hamlet, meets a boy who sparks feelings in him, comes to terms with why his father left his mother, and comes to realize that his happiness matters just as much.

I want to say how much I related to Julian. I’ve had friends who couldn’t believe in bisexuality. You either are, or you’re not gay. There’s nothing else. This was before I knew there was more than gay, lesbian or bisexual identifiers (I live in the deep south and still haven’t come out completely – gotta do this in my own time right?). I felt his fear at coming out to a friend who had a track record of calling him a coward or a liar for not ‘picking’ the gender he wanted to be with. It hurt seeing Julian struggle with all the feelings revolving around Will, but it was one hundred percent real.

Sky was such a beautiful, creative character. I was intrigued with his first appearance on page. He’s smart, kind, sensitive and is everything that Julian needs at this moment of his life. They were so great to each other. Listening, reassuring, understanding, supportive. It’s what everyone needs in a relationship and they had it.

Julian’s relationship with his Dad was touching. They were unsure of where they stood with each other but they learned how to be father and son again. Julian learned that family doesn’t have to be traditional, but happiness is important. To lie to yourself is to set yourself up for some pretty tough times. His mother’s reaction broke my heart. Like damn, why did it have to happen that way. I was pretty close to crying at one point and that isn’t an easy feat with me.

This book left me feeling hopeful, happy and excited for the possibilities that life could bring. I thoroughly enjoyed this, plan on buying a physical copy, and making sure I recommend this to everyone I think needs this in their life. If you are a YA fan, this is definitely worth a read – and very likely a reread.