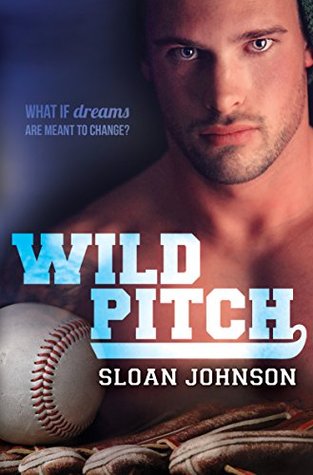 The Summary: There’s never been any question in Sean Tucker’s mind that he’d do whatever it took to make it to the major leagues and be one of the best pitchers of his time. The day he acknowledged to himself that he was gay was also the day he vowed to stay in the closet in order to chase his dreams. The problem is, he never counted on Mason Atley.

Sean showed rookie short stop Mason Atley the ropes, both on the field and off. The two forged a friendship which continued as both of them moved through the ranks of the farm system and into the majors. Unfortunately, there’s always been one secret Mason never felt he could share with Sean. Until now.

For seven years, Sean lived with the fact that he loved a man who would never reciprocate. When Mason admits that he’s always known he’s bisexual but has never allowed himself to pursue a relationship with a man, will Sean be able to put aside his reservations about starting a relationship with the friend he’d always assumed was straight? And more importantly, will they be able to find a way to stay together when their careers keep them apart more than they can be together?

I started reading this in the waiting room at a doctor’s appointment, and then I promptly went home and finished it in the same day. There are a lot of polar opposite reviews on this book but I loved it. Normally I have a difficult time reading books that are written in first person. There’s something about them that I just don’t like. BUT this go around it didn’t matter. It actually pulled me into Sean and Mason’s story. I also have a weakness from friends to lovers and this had a delicious friends to lovers burn.

Sean and Mason are best friends and have been through all the ups and downs of life with each other. Sean has always been attracted to Mason but he’s always been off limits. Mason is supposed to be straight, in love with his wife and enjoying life. Turns out, he’s not all that straight and he’s been on his way to a divorce for a little while now.

It’s not all easy for the two of them. Sean is terrified that after one night together, that’s all he will get, that Mason will realize that this was a mistake. But it’s not. The heat between the two men is palpable *fans self* They play on separate teams and have to navigate not being able to see each other as often as they may want to. They have to figure out how to handle their relationship, how they hide it and who they hide it from.

I enjoyed reading this from start to ending and I promptly went and got the next book in this series and then picked up the first in another one of Johnson’s books. I think I found a new author I’ll be binge reading.