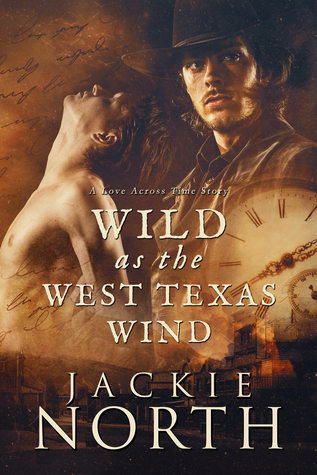 The Summary: Soulmates across time. Two hearts that were meant to be together.

In present day, Zach takes a road trip to Trinidad to find information on a missing friend.

In 1892, Layton Blue, outlaw, longs for hearth and home even as he treasures his life of freedom.

A freak rainstorm washes Zach’s car into a ditch, sending him back to the year 1892. Searching for help, alone and on foot in the middle of the nowhere, he crosses paths with the famous Ketchum Gang. Now the gang’s prisoner, Zach’s fate is to be sold at a seedy auction for whores.

Layton is put in charge of making sure Zach does not escape, but as the chemistry between them grows, Layton finds himself wanting to help Zach.

Can Layton overcome years of being on the run? Can Zach accept help from an outlaw?

Zach is searching for his best friend Laurie trying to understand how he could have disappeared from a Dude Ranch and then sent a letter from 1892 to the present. After a freak rainstorm, Zach finds himself in 1892 face to face with an outlaw gang. Layton gets charged with keeping an eye on Zach after Zach becomes ill. The tension that had been building between the two men grows more intense as they separate from the Ketchum Gang.

The romance between Zach and Layton was warm, slow burn. And I loved every page of it. Their romance starts out simply, sharing a blanket for warmth. Then their attraction grows as Layton takes care of an ill Zach. The trouble he went through to show Zach he was different from the rest of the outlaws made me swoon (just a little). And the shaving scene – I don’t know why it does it for me, but that scene made my heart flutter. It was placed in the perfect place in the storyline.

I loved the way Zach and Layton looked out for each other. Layton helped stop Zach from being too obnoxious towards Ketchum. While Zach helped Layton see that he could have what he wished for even if he didn’t think it was possible.

North has a way with creating a setting that puts you directly into the story. It’s rich, vibrant and everything I needed for a western romance. I could feel the heart of the day and the cold desert nights. I felt like I was in the west with sand in my boots. There is attention to creating a historically accurate world, and it’s successfully done.

AND!! Holy smokes, can I just say that I love the covers to this series? They are amazing. And I want physical copies to have on my bookshelf. That’s how much I love these books, the covers and everything about them.