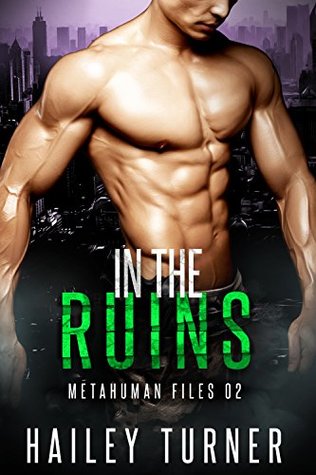 The Summary: Truth and lies.

Captain Jamie Callahan knows the Metahuman Defense Force frowns on fraternization. For once in his life, he’s breaking all the rules. Having Staff Sergeant Kyle Brannigan on his team and in his bed is worth the risk of being found out. When a mission comes down requiring Alpha Team to go undercover in order to infiltrate a criminal alliance, Jamie knows it won’t be easy. Putting his family’s name on the line is nothing compared to the role the MDF wants him to play—that of a billionaire’s son, discharged from the military, with a lover on his arm, looking to make his own shady business deals.

Kyle knows the only way to be with Jamie is to hide their relationship from their superiors. Waking up to Jamie at home is more important than being together in public, or so Kyle thought, until he comes face to face with what he’s been missing. Pretending to be a couple on paper for the sake of the mission thrusts Kyle into a world of incredible wealth and a social status he’s not sure he belongs in, but he’ll do anything to stay by Jamie’s side.

Play the game to win.

Surrounded by the enemy, Jamie and Kyle need to trust each other now more than ever. Their covers—and the life they’re trying to build together—depend on it.

First, let me talk about the greatness of Greg Boudreaux as a narrator. He’s got one of those voices that just hit the spot (with everyone but Annabelle, but that’s just nitpicking about southern accents). I could probably listen to him speak with an English or a Scottish accent for days. Oh and the Russian accents *shiver*. I loved hearing Alexei’s speaking parts. Boudreaux had a way with differentiating between different characters with his voice. I didn’t get lost in conversation sections. I knew who was talking and how they were feeling in that moment. He made it very easy to get lost in this world and I highly recommend listening to his work. I already have his other three works in my to listen list.

Now on to the story!

In the Ruins picks up a few months after In the Wreckage ends. We see the MDF going undercover to continue their fight against a group of criminal organizations who are working together, instead of fighting each other, for power.

They utilize Jamie’s family wealth as the background for the teams covers. There are a lot of challenges that come with this. Jamie has to become a person he used to be and never wanted to be again; selfish, overbearing, unkind. Kyle experiences what Jamie’s life was like before the Marines and just how wealthy Jamie’s family is.

Also, Jamie and Kyle can publicly be together due to Kyle’s cover as Jamie’s arm candy. They can hold hands, they can kiss, they can sleep in the same bed without having to sneak out of the room early in the morning. These two men have chemistry that is out of this world. It’s obvious that that their relationship has continued to grow. The scenes with only two pair of them together, oh boy. Just turn the AC down and grab a fan, cause things just got hot. They are beyond intense.

Their mission was always at the forefront of their minds. Even if I lost track of what the mission actually was at some points. I liked that the action balanced out with the romance parts. This universe that Turner has created is amazing. I could see what Jamie’s apartment looked like. Then I could see 2285 London, the underground, the museum where the gala took place. The way she described the characters and the settings, it was opulent. That’s the only word that would do this world justice.

There were a few parts that dragged on for me and got a bit slow. I think it may be because I got so attached to Alexei. Will I continue this series? Most likely. I really enjoy the detail Turner puts into her novels and her characters. Should you read this? If you like sci-fi, military, steamy romances, yes. One hundred percent yes.