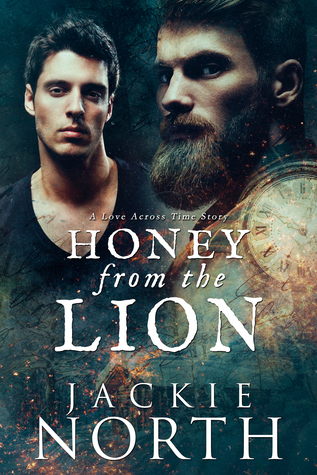 Five out of Five Stars!!!

The Summary: Soulmates across time. A love that was meant to be.

The very first night a freak blizzard combined with a powerful meteor shower takes Laurie back to the year 1891. When he wakes up in a snowbank, his only refuge is an isolated cabin inhabited by the gruff, grouchy John Henton, who only wants to be left alone. His sense of duty prevails, however, and he takes Laurie under his care, teaching him how to survive on the wild frontier.

As winter approaches, Laurie’s normal fun-loving manner make it difficult for him to connect with John, but in spite of John’s old-fashioned ways, the chemistry between them grows.

Sparks fly as the blizzard rages outside the cabin. Can two men from different worlds and different times find happiness together?

Laurie is going on vacation at a Dude Ranch to get the genuine experience of a roughing it as a cowboy. After a night around the campfire, Laurie listens intently to the story of John and his Little Red fox that became his constant companion before disappearing just as quickly as it appeared. That story broke my heart before I realized the significance of it. And then it shattered my heart to pieces.

Laurie falls asleep as comfortable as a guy could get in a sleeping bag under the stars, but he wakes up in the middle of a blizzard, desperate to find shelter. He finds a shack and hopes for someone who would be kind enough to let him stay. He finds John Henton.

John Henton has his own demons. He wants some place quiet and away from people since his time in the Indian Wars. I fell in love with him from the second he took Laurie in. He took care of Laurie as much as Laurie brought him happiness.

This was definitely a slow burn. I never knew that teaching someone to take care of a home, or going out for the basic necessities could increase the chemistry and tension between to characters but it did here. John had a way of looking after Laurie that made my heart melt. He may have been a bit gruff, quiet and focused, but when he was around Laurie he glowed.

There were so many sweet moments between the pair of them.  There was a moment I was so upset and heartbroken I was near tears. Then I ended up crying like a baby because John, damn, John has a way with words when he says them. I’m sure someone else has probably quoted this but,

“I would lie to keep you. If they asked me, do you love him, I would lie and say no just so I could keep you.”

I want to gush even more about this but if I do I’m afraid that I’ll give all the amazing pieces of this story away. And I don’t want to do that. You need to experience this book yourself. It was beautifully written and it’s one that I will revisit time and time again. It left me feeling so hopeful and just happy.

GO GET THIS NOW!

2 thoughts on “Honey from the Lion by Jackie North”