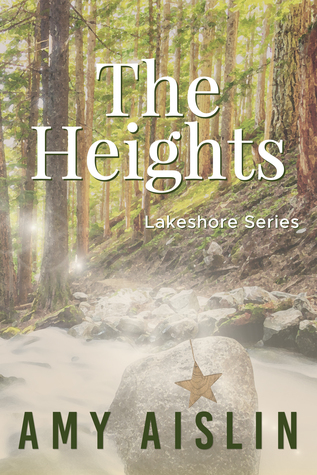 Three Stars out of Five

The Summary: Twenty-one years ago, a four-year old child was kidnapped from his front yard. He was never found. Until now.

All Nat Walker wants is to make his late father’s dream of running a father/son woodworking shop come true. And he had the perfect building in mind—until the new guy in town came in and bought the place right out from under him. The fact that the new guy is adorable means nothing. For all Nat cares, he can take his new dance studio and waltz back to New York City.

Professional dancer Quinn Carroll couldn’t be happier that he made the move to the small town of Lakeshore, Oregon. Sure, it’s not New York, but now he’ll be living closer to his adoptive brother. And since his studio will be the only one in the area, he should get enough business to keep him busy. Besides, there’s something about this place that seems familiar…

He doesn’t expect to fall hard for the local, grumpy woodworker who won’t even smile at him.

Or find out that his entire life is a lie

Quinn has moved to Lakeshore to kick off his life and his career. He opens up a dance studio on the main street of the two, where he meets Nat, who was eyeing the same space but lost out on it to Quinn. There’s more to Quinn though. He was adopted and he’s still searching for his biological family.

There’s something familiar about Lakeshore to Quinn though. Turns out, Quinn might have been the twin that had been taken right from his front yard.

There were times I wondered what this story was actually about and what they were trying to accomplish. It didn’t mesh well for me.

I was expecting much more romance and interaction between Quinn and Nat. That was something I definitely didn’t get. In the beginning they were pitted against each other as feuding business owners. Then all of a sudden that changed with a snap of the fingers. I felt like there wasn’t a balance between Nat’s conflict and Quinn’s.

I do think this could have worked out really well. The premise was one I was very interested in. I wanted the mystery and the excitement of finding out what truly happened and why it happened. There wasn’t much explanation.

Saying that, this is a series and we may eventually get all those answers. I was slightly disappointed though. Will I read the next one in the series? Probably not. I have read other Amy Aislin books and have thoroughly enjoyed them. This was just a miss for me.