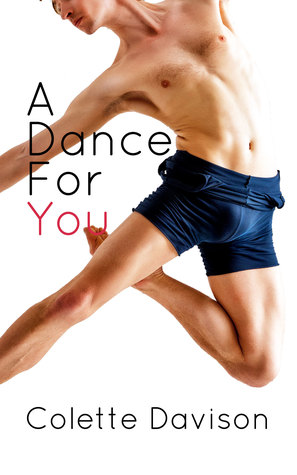 Four out of Five Stars!

The Summary: New job, new city: Mason hopes both will lead to him escaping burnout as a ballet dancer. Not living out of a suitcase anymore is a bonus. His new life gets off to a steamy start when he encounters his new neighbour, David. Things soon become complicated when Mason turns up for his first day at BalletEast, to discover that David is not only his choreographer, but the man who inspired him to take up dancing in the first place.

With two divorces and a string of failed relationships behind him, David has no intention of promising ‘forever’ to anyone. But when he meets Mason, he falls hard and fast for the enigmatic young dancer. As David becomes more serious about Mason, he wants to open his lover’s eyes to the kinks that he enjoys.

Whilst the two men are navigating the early stages of their romance, Mason is facing immense pressures in the rehearsal studios that threaten to dampen his natural enthusiasm for life. Will David’s love and support be enough to help Mason continue to hold his head high and dance like he’s never danced before?

We briefly met Mason in A Dance for Two. I’m glad that we’ve gotten the opportunity to learn more about Mason and see his story expand. In A Dance for you Mason has left one ballet company that traveled nonstop and has started working with BalletEast, where he can put down roots. He’s afraid of burning out and this is the change that will allow him to take better care of himself while doing what he loves, dancing.

In a way, Mason is starting anew

Mason meets David, his older neighbor, as he’s trying to get his boxed up furniture to his apartment. David offers to help and they form a connection that burns white hot. As they’re putting together Mason’s furniture, you can feel the tension and their chemistry building. One thing leads to another and they end up in bed.

Neither of them expect to see each other at the dance studio. It was even more of surprise to find out that David was his choreographer and the same man who inspired him to dance. The do keep a firm boundary in place while at work. Mason is a dancer and David is his boss. Mason is going to prove to everyone that he deserves the role he ends up cast as. The entire time though, Mason is a target of one of the senior dancers, Kirk. Oh, how much I wanted to shake Kirk and tell him to grow up.

What I really enjoyed is the pacing of David’s character. He is a Dom and that is a large part of his romantic life. He doesn’t hide it. He approached Mason honestly and kindly. He didn’t push Mason into anything he wouldn’t want to do. David made sure there was a consistent level of trust and understanding between the two of them. As much as he taught Mason about being a sub, he listened to Mason’s fears. Anytime he took from Mason, afterwards he made sure he cared for Mason. He never left Mason feeling broken, hurt, or confused.

One thought on “A Dance for You by Collette Davison”