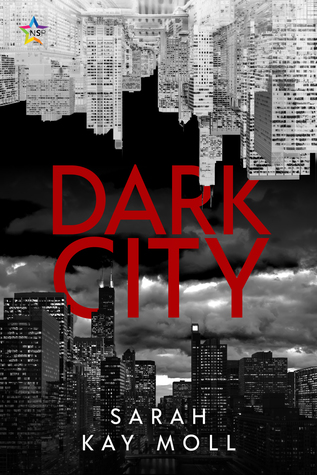 The Summary: Jude has a tender heart. Yet he was born into a criminal empire and groomed from childhood to step into his father’s violent footsteps. To survive, he created a second personality. Ras is everything Jude isn’t—cruel, remorseless, and utterly without fear, as incapable of love as Jude is of malice.

But when Ras meets a ruthless socialite, he begins to feel a strange stirring of emotion, a brush of Jude’s passion against his own dark heart. Meanwhile, Jude finds himself with a knife in his hand, the evil in Ras’s soul bleeding into his own.

As the walls between them crumble, they could lose everything—their lovers, their family, and their hold on the dark city itself.

Coming together could break them…or make them whole.

If you are looking for a dark, gritty, organized crime centered tale of survival then this is a book you definitely need to check out.  In order for Jude to survive Jude’s mind split and created Ras to protect himself from the evil that he faces as the son of the boss of a crime syndicate. The two have always been separate from each other. Jude is kind, loving and compassionate where Ras is animalistic, unafraid to take lives and to hurt those who are a threat to his father’s reign.

As horrible as the events Jude went through to end up with the personality split, I needed to understand how this happened to him and why it was important to survive this way. Jude has gone through hell. He’s still going through hell. I liked the way it the novel was set up. There was the current events happening but then there was also glimpses into the first fractures and splits of Jude’s mind.

What was fascinating was that Jude liked men and Ras was attracted to women. Jude was hopelessly in love with Ash. Ash felt drawn towards someone who had an equally dark past and future in her life, Scarlett Bancroft.

There is so much that I want to tell you and talk about but I don’t want to give any of it away. The violence, the action it was all necessary to move Jude/Ras’s story along.

Eli, Jude’s brother, broke my heart a bit. He fought so hard to be the person his father wanted, but he loved his mother and his brother. Finding out who was behind Ras, I think it broke him.  I hated how this life style tore what had been such a caring family to pieces. But that’s the sad reality of it.

This was more plot centered than romance centered. As soon as I started reading, it was easily to get lost in the world created. No matter how bad it got, I needed to know what happened. The action, the flow, the pacing kept me engaged. I may have also got caught finishing this at work because I hit a spot during my lunch break that I couldn’t wait until I got home to finish it.

One thought on “Dark City by Sarah Kay Moll”