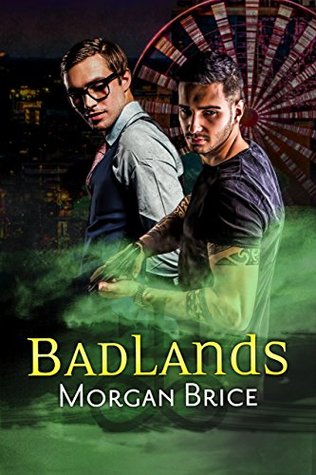 The Summary: Medium and clairvoyant Simon Kincaide owns a Myrtle Beach boardwalk shop where he runs ghost tours, holds séances, and offers private psychic readings, making a fresh start after his abilities cost him his lover and his job as a folklore professor. Jaded cop Vic D’Amato saw something supernatural he couldn’t explain during a shootout several years ago in Pittsburgh and relocated to Myrtle Beach to leave the past behind, still skeptical about the paranormal. But when the search for a serial killer hits a dead end, Vic battles his skepticism to ask Simon for help. As the body count rises, Simon’s involvement makes him a target, and a suspect. But Simon can’t say no, even if it costs him his life and heart.

There’s more than meets the eye when it comes to Simon Kincaide and the employees who work along boardwalk at Myrtle Beach. Some of them have have touches of psychic abilities and they are being targeted by a serial killer dubbed, The Slitter. By chance homicide cop, Vic D’Amato stops in Simon Kincaide’s shop to see if maybe a psychic might give them some type of lead to work off of.

As it turns out, Simon was about to give the cops something to work off of and throughout he continues to get information from ghosts of the victims and bursts of feelings from the killer himself.

The characters had me enthralled with this book. Once I started reading I didn’t want to put it down. I felt like I was on the boardwalk with how vivid the details were. Simon was extremely authentic. He had been through so much before moving to Myrtle Beach and once he landed he didn’t harden himself. He remained authentic, honest and compassionate. He doesn’t push critics to believe him. He just does what it true to himself. I loved that about Simon.

The attraction between the two is instantaneous and real. Even after what Vic went through previously, he still remains cautious and weary of what he can’t prove with evidence. If Vic wouldn’t have acted the way he did, if he would have just fallen into understanding and believing, I would have had a, huh? moment. But this was right.

Their relationship didn’t happen fast and I liked that. I like a bit of a slow burn romance between to characters trying to find their footing together, especially with a serial killer on the loose. I think with their pasts, having someone who understood the unusual and didn’t force the need for ‘normal’ really helped keep them together. There were parts I knew were hard for Vic. And I hurt for both him and Simon.

This was the first book I’ve ready by Morgan Brice. I plan to read Witchbane as soon as I get the chance and to look at all the books written under her other name, Gail Z. Martin.

Go buy this now! You won’t regret it.