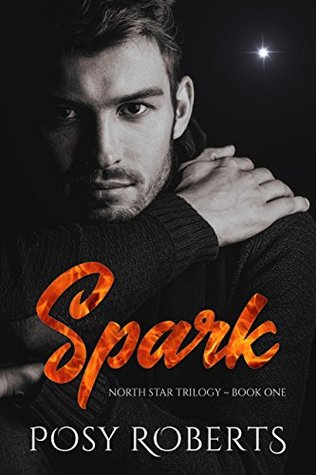 The Summary: Hugo Thorson fell in love when he was sixteen. He’s maybe been in love since, but probably not. He’s been too busy directing plays to devote much time to men who can’t accept all of him. No one ever made him feel like his first love did.

Kevin Magnus married a woman and has two children, but the marriage wasn’t happy. In the shadow of divorce, he’s striving to be a better father, but he’s still a work in progress.

When Hugo and Kevin bump into each other at the lake, memories of their last kiss incite a new first kiss. Visions of the life they always wanted are vivid, but so much stands in the way of their dreams. Hugo is out and proud but no one knows Kevin’s bisexual. If Kevin comes out, he risks losing custody of his kids. If he doesn’t walk hand in hand with Hugo, he risks losing the love of his life.

The curtain may never rise on their second act.

This is the first novel I’ve read by Posey Roberts and it’s won’t be the last.

Hugo Thornson and Kevin Magnus had their first taste of true love when they were teenagers. They fell rapidly and completely. So much so that those feeling still linger even seventeen years down the line. It’s a chance in encounter that brings them back together. It was supposed to be a weekend for Hugo’s best friend Summer to get away and start to get over a recent break up. Instead, Hugo sees Kevin and his heart stops. Everything that happened when they were kids came rushing back and he still felt just as strongly for Kevin.

What I particularly liked was the style this story was written in. You got the story of their youth and their current story. I don’t want to say there were flashbacks because both storylines were rooted very much in the present. I liked going back and forth between the two timelines. You got to see how their feelings evolved, the trouble they experienced as teenagers and how that carried over to their adult lives.

As the two had gotten to know each other more, Kevin introduces Hugo to his children. I really liked being able see how nervous Hugo was about this. It’s a huge step in any relationship and to see how seriously both men took this was important. Kevin’s kids were adorable and of course they’re more perceptive than adults realize.

The chemistry between them didn’t lessen over time.  It seemed to remain and finally grow stronger once they gave in to each other.

There was some unnecessary drama with Miss Cherry Pop! But there are two more books in this series and I fully expect more of that part of Hugo to make another appearance.  I do understand Hugo’s trepidation and why he didn’t want Kevin to find out before he had the chance to tell him. Not many people are accepting to their loved ones in Drag.

Now, what I really liked about this book? The imagery. I could see the lake, the docks and their homes. It played like a movie in my head and I love books that do that. I feel like I’m able to get immersed in the that world and escape from my own while reading.