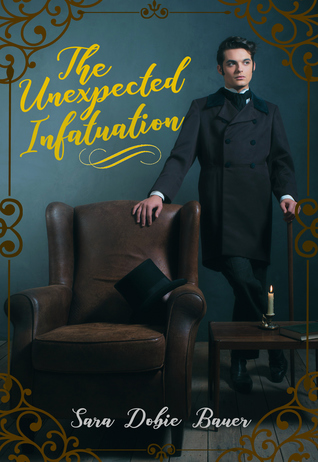 In Victorian England, middle-aged Thomas Warwick lives a dull, sheltered life with his wife until his uncle dies and leaves him everything—most notably, an astounding library. The young James Reynolds is hired to catalogue the immense collection while on Christmas leave from Cambridge.

It starts innocently enough with gentle touches and careful smiles. However, it’s not long before James inhabits every waking thought of the conflicted Lord Warwick. Hounded even by lustful dreams, Thomas can’t help but tumble into infatuation. Thankfully, James is only so happy to catch him.

The Unexpected Infatuation by Sara Dobie Bauer is a short story set in Victorian England. Thomas Warwick has lost his spark for life and his wife knows it. When he inherits an amazing library from his uncle, his wife hires James Reynolds to catalogue the collection. She’s away while Thomas spends his time watching James work in his library. There’s something magnetic and exciting about the how much James loves literature. It’s hard for Thomas to resist him. Especially, after he starts to flirt with Thomas.

An attraction to a man wasn’t something he thought he’d ever experience. He gives in to that desire and his wife finds them. Only she doesn’t react as he would have expected. She approves. Seeing the fire light up Thomas’s eyes is what she wanted and knew James would do that.