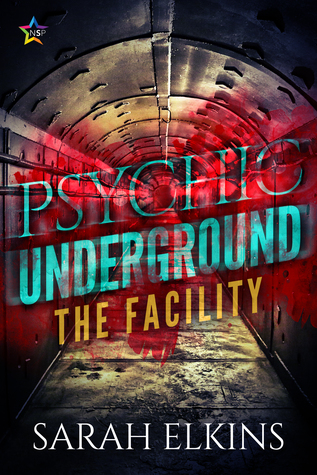 The Psychic Underground Book One

The Summary: Being psychic is just another aspect of life for Neila Roddenberry. So are dreams of a past life as Nikola Tesla. She’s sure that last part is the result of reading the wrong mind at the wrong time without realizing it. Neither are things she talks about much. Her friends know she’s psychic, but no one knows about the dreams. She’s twenty-three, asexual, and unemployed with ambitions to become a freelance artist and writer.

On the way home from visiting friends, Neila gets caught up in a terrorist attack, then wakes up in an underground psychic testing facility. Raised by a doomsday-prepper father, Neila is unusually prepared for the possibility of being whisked away to a secret lab somewhere. When she is faced with the choice of working for the scientists studying psychics at the facility, she takes the job as both an agent and a test subject.

But not everyone in the facility wants to be there.

There’s more than what meets the eye with Neila Roddenberry. She’s a psychic, thinks she may have had a past life as Nikola Tesla, Asexual and ends up being in the wrong place at the wrong time, exposing her abilities and gaining the attention of a shady governmental facility. Not everyone at the facility had the choice of being there though.

What attracted me to The Facility wasn’t the fact that there was shady government going-ons and psychic powers, but the fact that Neila is Ace. It’s hard to find books featuring an Ace character and one with a plot like this? Yeah, I didn’t expect to come across it but so excited that I did. There was a lot of diversity in this book there is an ace character and transgender character and they stand up to anyone who tries says anything hurtful about this.

Neila is smart. When she wakes up in an underground facility, she figures things out quick and makes sure she makes a few demands that offers her a better standing and is considered an agent rather than just a resident.

The only reason this didn’t get five stars was how much set up there was and then when I got to the end it wasn’t enough. Then I find out it’s the first in a series so I’m excited about that. I liked the action, how much I wanted Neila and the others to overcome the Blues. I needed to know more about Henry and the organization he was part of. There’s still something picking at the back of my brain about Henry and I need to know more.

I do think that Elkins represented and Ace character well. I’m looking forward to reading more by her and hope to read more books with more Ace characters in them!

I would definitely give this a read.

One thought on “The Facility by Sarah Elkins”