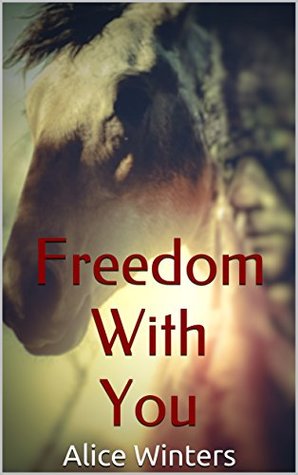 Three Stars out of Five

Summary: Life isn’t easy being a Native American in the 1800s.

Ashkii has lived most of his life alone. He is a Native American living a world that doesn’t accept his beliefs, his culture, or his ideas. In order to blend in, he has been forced to give up everything that made him who he is. Still, he struggles to find a place in this world. When an opportunity arises for him to prove himself as a horse trainer, Ashkii realizes that this might be the only place left for him, especially when he is accepted by the man that owns the ranch.

Life is perfect for Ryland. His ranch excels with the constant flow of cattle and horses. His days are spent herding cattle and caring for his land. But Ryland has a secret that could ruin his life. In such a suppressing time, Ryland’s beliefs are not accepted. Together, Ryland and Ashkii begin to search for what truly matters in life, even when it is against everyone else’s beliefs. Together, they can begin to understand what truly makes each of them unique.

Freedom with You by Alice Winters was okay. If you’re looking for something historically accurate, this is not the book for you. As a history buff there were a lot of things that bothered me as I read. BUT if you’re looking for a quick read and don’t care about any of that. Go for it.

The premise was great, but when it was executed it wasn’t so great. The relationship between Ashkii and Ryland started out a little predatory and felt nonconsensual through about half of the book. Ashii had to sleep with Ryland to keep his job because as said so many times throughout the book, who would believe an Indian over a white man?  Yes, I know this is true of the time but the line became extremely repetitive. There were no flirty looks, no words exchanged, it was just Ashii went to sleep in the barn and sex.

There was also a shift from language patterns from the 1800’s and then modern day use of sarcasm with a non-native English speaking character. He would have picked up on it but not as quickly as he did. You could sneak in a few one liners here and there but it didn’t feel realistic. That bothered me a bit.

There were a lot of little story lines going on and some of them didn’t get resolution or were fixed too cleanly to be real. There were a few times I got lost in who all the ‘he’s were. At times I would think Ashkii was speaking and it would be Ryland. I had to go back and read sections several times to get the flow of dialogue.

I think with a few more books under Winters’ belt there will be excellent stories to read from her. Would I recommend this one? No.