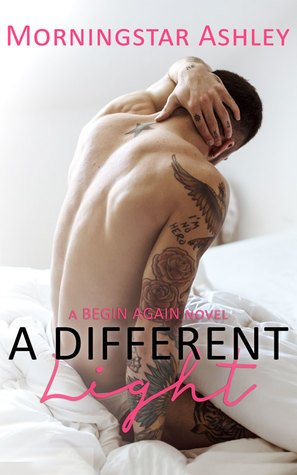 Book one in the Begin Again Series

Summary: Bennett Cole had lived next door to Mitchell “Mac” Campbell, III for eighteen years of his life, in the small town of White Acre. They’d never gotten along, never seen eye to eye, and never understood one another…not that they’d ever cared to try.

But when Bennett’s so-called buddies ditched him at a party in the woods where he was assaulted and left for dead, Bennett pulled through. The emotional scars rendered him too terrified to go back to school and face his “friends” or his attackers. With little choice, his family packed up and left town.

Ten years later—at the request of his mother—Bennett returned to the place he’d grown up and the home he’d once felt safe, to oversee the repairs before his childhood house was sold. The contractor? None other than Mac, the once annoying boy next door, who still lives there in the home his parents gifted him.

Being in such close proximity—working together every day, to repair the Coles’ family home—Bennett and Mac’s contentious relationship goes from bad to worse as their personalities continue to clash. But their heated exchanges may not be as antagonistic as they seem. And when new information is revealed, can the men begin to see each other in a different light?

Bennett returns to White Acre at the request of his mother, when he would rather be anywhere else. In high school his friends left him for dead, his next door neighbor got on his very last nerve. There was no reason for him to come back to White Acre. He doesn’t expect that the boy next door, Mac, has turned into one hell of a man. He’s attractive, smart and is doing the remodel on Bennett’s parents house while Bennett is in town.

The attraction between the two was immediate. Even when they were bickering with each other, you could feel the tension that was shifting from annoyance into sexual attraction.  It takes one moment to change everything between them. Once it does, wow. They were explosive together, in the best possible way.

I loved how they challenged each other. Mac didn’t let Bennett out of doing new things, like camping. And Bennett pushed Mac to realize he was a successful man and perfect doing what he loved. You don’t need a fancy degree to be happy with your job. If your parents can’t see that, honey, let me take care of that for you.

During the entire novel, I could see everything playing like a movie in my head. Morningstar was rich in her descriptions and put you in the house with Bennett and Mac. I don’t often imagine character voices, unless the book is amazing, but I could hear their voices. Not what I hear in my head reading everything else. These two stuck out and worked together with each other to find their happy.

Would I recommend this book? Hell yes. Go buy it now. I’m getting her other release as soon as I post this. Just saying.