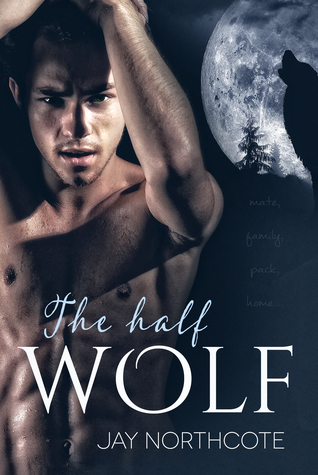 Summary: Mate, family, pack, home… can Quinn and Kellan have it all?

Quinn grew up feeling out of place in the small town he calls home. Yearning for something he can’t name, he’s always felt different but never known why.

Kellan is part of a nomadic shifter pack. When they set up camp in the woods near Quinn’s town, the humans are unwelcoming and suspicious of the newcomers. The moment Kellan catches sight—and scent—of Quinn, he knows Quinn is special. But for the first time in his life, Kellan can’t trust his instincts. Quinn is human, and Kellan is a wolf shifter, so how can they ever be mates?

Their bond is instant and exhilarating. It breaks Quinn’s heart to know their relationship can only be temporary. Love isn’t enough when pack law forbids shifters to mate with humans. Tension explodes between pack and humans, and when Quinn discovers a shocking truth about himself that changes everything, he fears he’ll have to choose between the only life he’s ever known and the man he loves.

First off, you have to know I love anything to do with shifters, werewolves, lycans, and every other term you can associate with werewolves and their kin. Jay Northcote doesn’t let me down. He takes a bit more of a traditional take on the shifters in Half Wolf. Think of all the muscles shifting under the skin, bones elongating, fur sprouting out only to turn into beautiful wolves. Topped with the concept of mates. Sign me up.

Quinn grew up as the only ‘different’ one in a small town. He’s not really different. He’s gay, takes medication for epilepsy and does his thing. Kellan is a shifter. He pack has blown into town and knows immediately something is different with Quinn as soon as he meets him.

Once they start to get to know each other, Quinn and Kellan are explosive together. They have white-hot chemistry and aren’t afraid to explore it. Even with Quinn being a virgin, it doesn’t bother Kellan to help Quinn learn what he like. It’s an equal relationship from the beginning. I think that’s what made them so appealing to me.

There were a few predictable moments, especially concerning Quinn, but it didn’t bother me. I had a feeling since the beginning. I won’t go further into it because I’m not going to ruin it for you. I didn’t figure out the killer though.

I thoroughly enjoyed this and look forward to reading more by Jay Northcote. You should too!