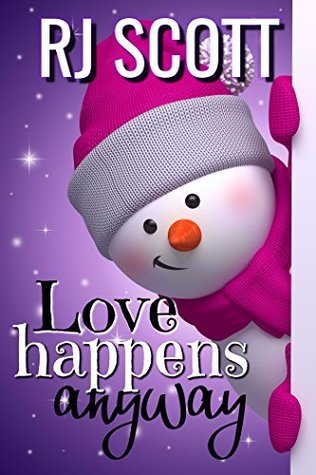 Summary: Hiring a boyfriend for Christmas; what could possibly go wrong?

Derek is facing yet another Christmas where his life feels out of control. He has a new career that doesn’t feel like his, and parents who would just love to see him settled down. All he needs is a temporary buffer for the parties he has to attend, and for his parents to leave him alone. Enter, Luke.

Luke is twenty-thousand dollars short for the renovations on Halligans; his family’s bar in New York’s Financial District. A favor for a buddy has him agreeing to play the part of boyfriend to a guy with more money than sense.

But when the spirit of Christmas works its magic on the two men, and they begin to fall for each other, Derek runs scared, and Luke needs space.

It doesn’t matter what obstacles you throw in the way of love, or how much you run in the other direction, because, when you’re least expecting it, whether you want it or not, love happens anyway.

Derek is a businessman facing the pressures of having a boyfriend for the holidays. Luke needs money for a family bar renovation and it seems like this arrangement is going to work for the both of them. Derek gets his parents off his back and Luke gets to save the bar. Neither of them expected true feelings to develop.

What I loved about this is how much it felt like Christmas. There was the hustle and bustle of having to work, dealing with finances, going to Christmas parties and visiting with what can be overbearing family members. I also feel, that both Derek and Luke found a little bit of happiness once they stopped trying to do what everyone wanted them to and did what made them happiest.

My favorite part of this was the fact that I could see it play like a movie in my head. In the end, this book left me happy and feeling like I had spent my morning curled up in a warm bed, a cup of my favorite coffee on the bedside table and someone curled up next to me. That’s kind of the best feeling you can get after reading a book.

Can be purchased here