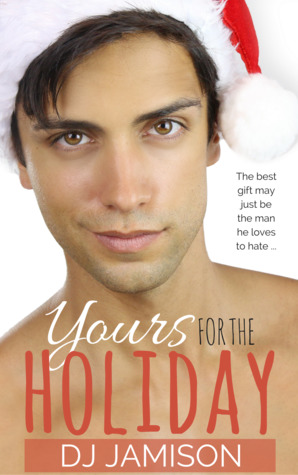 Summary: Fresh off a break-up, Remy is in no mood to share a room with his brother’s best friend during a holiday stay at home. Jason Hendricks has always treated him like a little brother to tease and taunt, all the more embarrassing because Remy has secretly crushed on the jerk since puberty. But when Jason confides he’s bisexual, Remy realizes the crush he loves to hate could be the perfect rebound.

Jason has always found Remy appealing. He didn’t handle his attraction well when he was younger, but now Remy’s a grown man and Jason’s no longer afraid of his feelings. Some playful flirtation sounds like a great way to spend Thanksgiving break, but he’s not prepared for Remy’s newfound sex appeal or his decision to make Jason his rebound fling. Jason doesn’t want to risk fallout with a family that’s always been there for him, but he’s not sure he can resist.

When the two part ways, they don’t plan to stay in touch, but soon they’re texting, trading sexy pictures and helping each other cope with family drama. Remy agrees to be his for the holiday, continuing their secret fling over Christmas, but Jason knows that won’t be enough. He’ll have to find the courage to be open and honest with his best friend — and the whole Wells family — if he wants a chance at love in the new year

As a first time reader of D.J. Jamison’s work, this was the perfect book as an introduction. I have put all of her books on my TBR list and I’m hoping that those giftcards I’m bound to get for Christmas will be put to good use.

I really enjoyed the way Remy and Jason picked at each other from the very beginning and throughout. It was playful teasing and not meant to hurt. It no doubt started out as brotherly chirping but that spark of attraction changed the meaning behind those teasing words. Remy was bold and apologetically himself. Jason, had the fear that so many people have when they aren’t out to their family and friends, all he could think about was losing them. It was written in a way that was believable.

When Jason and Remy finally gave in, holy smokes ya’ll. Like, *fans self*. It was so good. It made my heart race, and my breath caught. I was invested in these two. I wanted to shake them at times because, well, you’ll see.

I was not a fan of Remy’s older brother. That man there. Oh, there are people that you immediately get a bad vibe from. Well he’s one of those people for me and I was one hundred percent right about him.

This book had it all. Romance, sex, emotion, family, excitement and the holidays. You can’t go wrong picking this book up and giving it a read. Just don’t let the cover influence your decision. Just ignore that LOL.

Purchase Here  OR available of KU