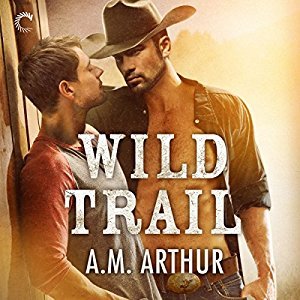 Summary:  Mack Garrett loves the rolling hills surrounding his Northern California dude ranch. Leading vacationers on horse trails with his two best friends is enough – romance is definitely not in the cards. When a sexy tourist shows up at Clean Slate, he’s as far from Mack’s type as can be. So why is the handsome city slicker so far under his skin in less than a day?

Roughing it in the middle of nowhere isn’t anywhere near Wes Bentley’s idea of fun. Then he lays eyes on the gruffest, hottest papa bear he’s ever seen. But Mack is as hard to pin down as he looks – distant, sharp-tongued, and in desperate need of a shave. Until a campout gone wrong strands both men in the mountains with nothing to do but get to know each other.

Mack intends to keep his closely guarded heart out of Wes’ very talented hands. But for a seven-day cowboy, Wes is packing some long-term possibility. The cold country air can do wonders for bringing bodies together – but it will take more than that to bridge the distance between two men whose lives are worlds apart.

Wild Trail is the first book in the Clean Slate Ranch series by A.M. Arthur. It featured a steamy vacation fling that grew to be more. Wes is an actor who is treating his sister to a genuine, cowboy-esque experience. This is where he meets Mack, an ex-cop turned ranch hand that would eventually steal his heart.

A.M. Arthur knows how to set the scene. The descriptions were rich. It allowed me to see the ranch, the ghost town and the camp grounds as if I were there myself. The romance between Mack and Wes was mostly great. From the moment they laid eyes on each other and began the subtle dance of flirtation, the sexual tension built and continued building with every chapter. Once they finally acting on that attraction? Whoa, it was something else. The way Arthur wrote their scenes were sexy, fluid and full of steam.

What I didn’t particularly enjoy was the ‘boss’ and ‘daddy’ use. I’ve never been a fan of partners using the term ‘daddy’, but this didn’t really work. The dynamic wasn’t there. Mack using “Boss” was okay. It sounded more like a term of endearment.

Then there was what Colt admitted to Mack. I felt a little let down by it. It felt like an after thought. But I do feel like it was written that way to be explored through another book in the series, maybe? It felt rushed.

Did I like Wild Trail? Yes. I enjoyed reading about Mack, Wes and how they engaged with each other. I would definitely read more by A.M. Arthur.