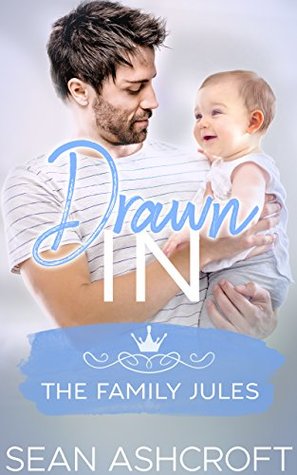 Summary: Owen Jules isn’t gay, and the last thing he expects is to get married to his childhood best friend. But when he moves back to his hometown after losing his wife, he finds Jude sick and at risk of dying, all because his medical insurance was cancelled.

Between wanting to help Jude out and wanting to get custody of his daughter back, Owen takes the plunge into a fake marriage, hoping to solve everyone’s problems at once.

As Jude begins to recover and the two of them settle into married life, Owen starts to get a little too comfortable with being married to his best friend. Owen begins to wonder if he missed out on a lot by getting married for the first time when he was eighteen–including the chance to explore his sexuality.

Jude seems like a safe person to experiment with, but will that put Owen’s little patchwork family at risk? And what happens when outside forces challenge their newfound stability?

Can Owen and Jude find a way to be happy and raise Kalya together?

Drawn In is a standalone gay romance with a HEA ending. It does not contain a cliffhanger, but it does contain a sweet baby girl, a big family wedding, glow-in-the-dark condoms, and socks with rubber ducks on them.

Drawn In is the first in the Family Jules series by Sean Ashcroft. If you want a quick read and escape from reality this is your book. Otherwise, there will probably be a lot that bothers you the more you read.
It’s the classic, married for health insurance trope. There were a lot of elements that were unbelievable. Like the troubles that Jude faced in getting his medication. I suppose the fact that I have health issues and have researched thoroughly how to pay for medication at price when insurance does not cover it, it made it hard to swallow how over exaggerated Jude’s situation was.
That being said, I love the trope. Marrying someone for mutual benefits. It was something I had a hard time staying away from when ever I read fic. There’s something about two men who aren’t romantically in love with each other and reading that build up and potential.
I did read Drawn In, in one sitting. It was a fast and entertaining read if you aren’t concerned about a one hundred percent realistic universe. If you’re on vacation or commuting or need a quick escape, give it a try. I know that I’m going to be reading the next in the series. I can’t help myself when it comes to the sappy, happily-ever-after stories.
Purchase Link Here